And here is again a post about water. As there are people on earth with limited access to tap water new technologies to purify water or produce water in some kind of way become very handy. Some people say that the next war will be about tap water. This technology could prevent this horror scenario.

The technology is produced by a company called Eole Water and is based in France. Some wind turbines are already in use, for example in Abu Dhabi. Additional onces are running at the company’s headquarter in Manosque, South of France and one in Dubai.
This idea came to the founder of the company while he was living in the Caribbean and experienced several days of shortage of water. He started to collect the water from an air conditioning system. After that he worked out the system with the wind turbines and when he was back in France he opened his company.

Basically it is a normal three blade wind turbine, which produces electricity in the first place. This electricity is used for making the cooling compressors and the heat exchanger work. The warmer and humid air is sucked into the turbine, where it comes into contact with the cooler environment of the humidity condenser. This part of the turbine has a moisture exchange area which is one meter wide and five kilometers long. It is made from stainless steel, which has the advantage that no corrosion takes place over decades. As water condenses when warmer air gets into contact with a colder surface, water is produced. This will be stored in a tank and can be used for drinking purposes after purification. Amongst others an ultraviolet filter is used to generate water, which meets the standards of the World Health Organisation.

The company claims that this product can produce 1,000 Liter of water per day. The output depends on the air humidity and the wind speed.
The wind turbine can be put from 100% water production to 30% water and 70% power production depending on the demand.

This technology is a great asset for remote countries and developing countries. The only current problem is the initial cost of installing such a wind turbine. Currently this is between 500,000€ and 600,000€. But the company says that with further time and the advantage of economic scale this technology might become cheaper.

As it is quite expensive this technology is currently not advertised for public use. The company aims to sell this product only to larger groups like a company or a government.

All which needs to be there for making this technology work is high air humidity and wind speed of around 15 m/s.

A picture of this system can be found on this page: http://www.eolewater.com/assets/files/PDF/Specification%20Sheet%20WMS1000%20WT%20light.pdf

A similar system can be found in Peru, Latin America. Here a billboard is used for producing water out of thin air. And one main advantage is that this system is much cheaper than the wind turbine described above.

Since the beginning of 2013 a billboard is found at the entrance to Lima. This was invented by the University of Engineering and Technology (UTEC) and the advertisement agency Mayo DraftFCB. The air humidity of Peru is around 98% and the water coming from the wells are not palatable in most cases.

The system consists of five devices which extract the water using condensers and filters based on reverse osmosis. In comparison with the wind turbine this billboard is not self-sufficient as it requires electricity to run the filter. All five devices together seem to have a power of 2.5 kW, which sums up to 21.9 MWh each year. The output of this technique is quite high producing with 9,450 Liter in three months time.

It is not said how the electricity for the equipment is produced. If renewable energies can be used for this purpose this technology can become highly recommended.

A picture of this technique is attached to this post. 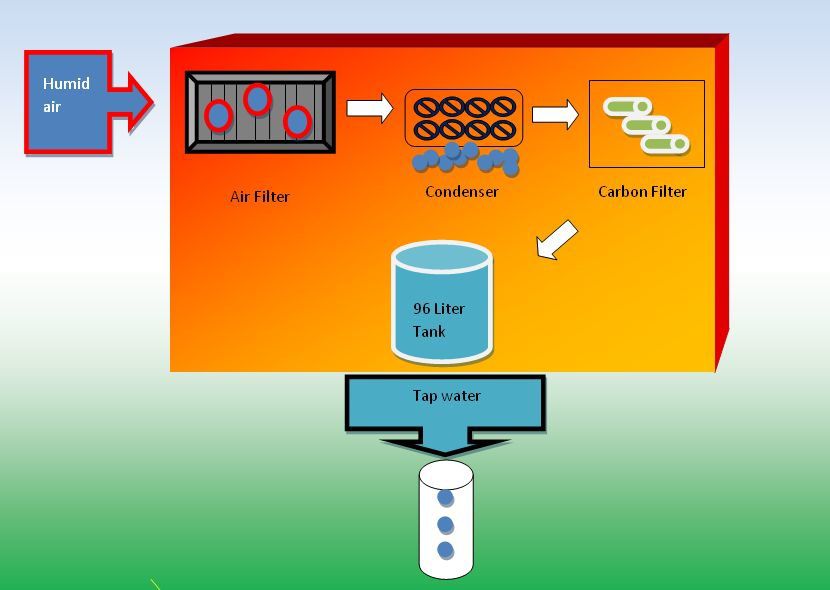 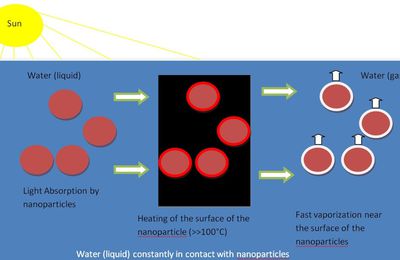