This post is about a technology from the MIT in USA and it has similarities with the technique described above as it was inspired by nature.

Solar panels have the disadvantage that their efficiency decreases over time. The main reason for this is that sunlight can damage material when it is exposed to it. This is the same for solar cells. The rate of the efficiency loss depends on the manufacturer. Therefore it is recommended to buy solar panels in the first place which are highly efficient … or to buy the self healing solar panels, when it is possible.

To overcome the problem of decreasing efficiencies scientists have studied the cells of plants, in particular the ones responsible for the photosynthesis. In plants the cell structure renews itself up to every 45 minutes from scratch. With this process the cells adapt very quickly to the sunlight and no damage occurs.

The scientists found a substance which can be broken down repeatedly and be reassembled very quickly. In addition to that it produces electricity. Some molecules actually release molecules when being disposed to light. These molecules stick together by a substance called phospholipids and a carbon nanotube is used for keeping the phospholipids in shape.

When all of this is exposed to a chemical the structure breaks down and something like a soup comes into existence. When the chemical is removed with a membrane all particles make a new solid formation, which produces electricity from sunlight.
The scientists confirm that the process does not involve any loss of efficiency.

It is a long dream of scientists to imitate the nature by making industrial processes, compounds of engines and so on self healing. With this technology discovered in 2010 it could become reality. But it still needs research and development.

There was no update found about the progress with this technology. But another promising technology recently published was found in this respect.

Researchers of the North Carolina State Institute have produced a dye-sensitized cell which uses the vascular system of plants to increase the efficiency. When exposed to the light the molecules in the dye produce electricity. Over time this process loses its efficiency and the output decreases. Researchers found another way to mimic the nature, more precisely the way leafs of plants work was the main point of interest.
Several tests have shown that pushing new dye into the cell and taking the used one out with microchannels was the best result. The efficiency of the cell could be restored for many cycles.

There is research going on to make solar panels more efficient. Currently there seems to be no self healing solar panel out which is produced for public use. But in some years with further research and development this techniques might become available for use and can produce electricity with even more efficient solar cells.

The picture at the bottom of this post illustrates the process. The original picture can be found here: http://i0.wp.com/cleantechnica.com/files/2013/08/image14.jpg Controlling the light for interior lightning 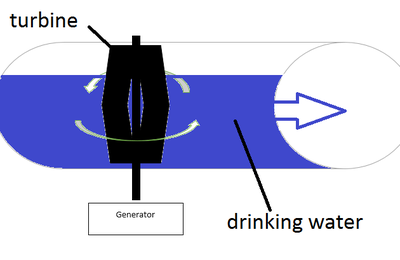